WORKING FROM HOME THE ‘NEW NORMAL’ ALONG THE SURF COAST?

Where we work has always been the primary driving factor in our choices around where we reside; Having made the move from Melbourne to the Surfcoast sometime ago to primarily pursue a better lifestyle – the benefits of working closer to home have been enormous on a personal level.

Our homes and workplaces are where we spend most of our time and in today’s busy world, it’s great to have them close together because the shorter the daily commute, the more time you have for yourself and your family, not to mention the financial savings from commuting, parking and vehicle maintenance etc.

Over time as Melbourne’s population has grown, affordability has become a challenge in the inner-city suburbs close to the CBD. 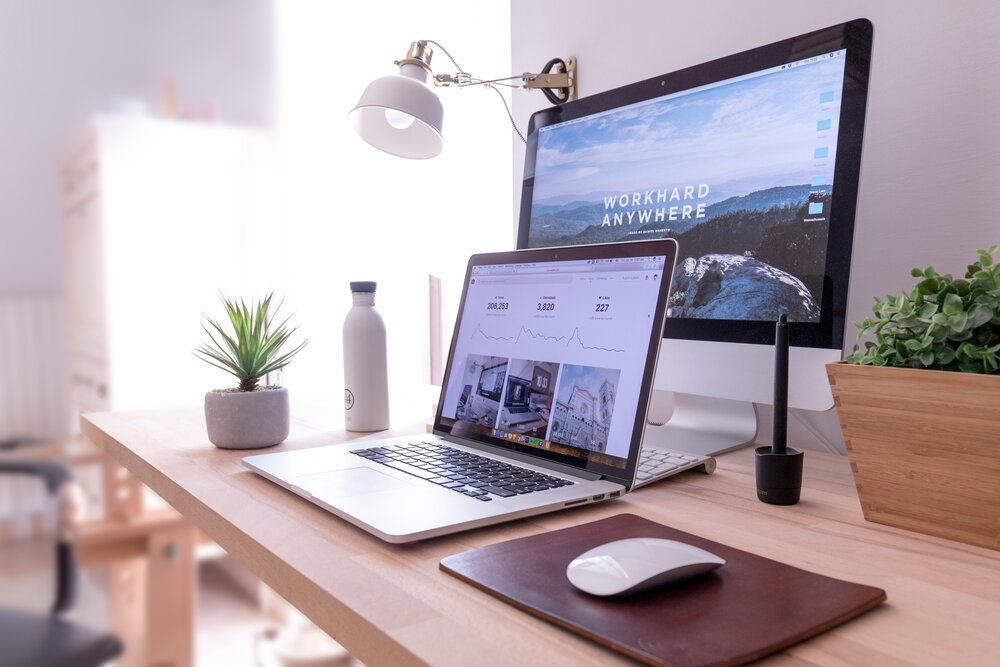 Most people these days simply do not have the budget to live close to the city, so they go further afield and contend with a daily commute.

City planners have been grappling with this problem for years.

Our cities will not stop growing and long commutes can put a strain on families both emotionally and financially.

So far, we have adapted by further establishing ‘secondary CBDs’, such as Geelong, which is Victoria’s largest provincial city, the second largest in the State outside Melbourne, and the eleventh largest city in Australia.

This has enabled some workers to live in more affordable areas while being close to the office.

It is a good solution but building new infrastructure frustratingly so takes time.

There has however been positive announcements such as the increasing domestic and international flight services from Avalon airport and even the Spirit of Tasmania ferry service has announced it will move its Victorian port from Station Pier in Port Melbourne, to Corio Quay, north of Geelong.

I think a new way of life is presenting itself, with a big positive out of Covid-19 likely to be more people being able to work from home.

We are now coming out of what appears to be a very successful trial of working remotely across the board on a national level, with increased productivity among the surprising results to many corporations!

Could this be the start of a brand-new way of working? And if so, what does it mean for property along the Surf Coast?

Working from home is not a new concept, it is just that with the Covid restrictions, many employers have been forced to support their staff to do so.

The technology has been readily accessible for many years, but few big corporate firms have been willing or adaptable enough to give it a go on any significant scale…until now.

The Australian Bureau of Statistics says that just under half (46%) of Australian workers are working from home at present.

The benefits include major saving per day on public transport and more time for home-cooked meals, with 29% of those surveyed by the Australian Bureau of statistics consuming less takeaway or delivered food in April and May.

There have also been great benefits for employers, with many recent media reports of reduced costs and increased productivity within many different types of companies since staff started working remotely from home.

If remote working is the next big trend, it would transform the lifestyle choices of many Australians and on a local scale, Melburnians.

Some may head to the regions where homes are much more affordable and where there is a significant and obvious increase in value for money.

i.e. a 4 bed terrace home in one of Melbourne’s bayside suburbs would cost you north of $1-1.2 Million, whereas the medium house price in Torquay or Jan Juc for a sizeable 4 bed home with a backyard could start anywhere from $850,000…  (and paid off faster with a city income).

There will be time for spending more time with the kids, enjoying lunch breaks with family or friends and when 5.30pm rolls around, you’ll be off to the beach for a surf instead of lining up for a train or bus home!

Having such choices would be one of the few positives out of Covid-19 and go a long way to overcoming the affordability challenges that future generations of workers face in our major cities.

If your thinking of making the move to Torquay or Jan Juc or even to chat about the logistics of doing so feel free to reach out for an obligation free discussion, anytime.

Until next time – your local Surf Coast agent,